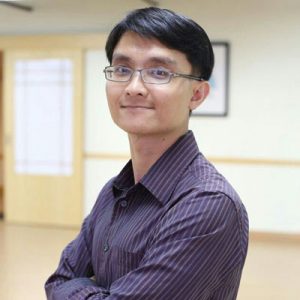 Mr Wong Kee Yew is a graduate of Bachelor of Biotechnology (Hons.) from Australia. He worked in the life science research sector for more than 10 years. Given the background, he pays particular interest in preventive medicine and health science.

Kee Yew became a vegan in 2002 and he’s ever since been collecting data and doing research on vegan nutrition on his personal capacity. In 2004, he joined the Executive Committee of the Vegetarian Society (Singapore) for about 3 years, to promote vegetarianism, by organizing vegetarian social dinners, vegetarian exhibitions, health talks and organic educational bus tours. In 2010, Kee Yew further dedicated his effort to do public education on vegetarianism, by setting up The Veg School. During his path on veganism, he made frequent media appearance on FM 95.8, FM 93.8, Channel U, Channel 8 in Singapore as well as AiFM, NTV7, Astro AEC in Malaysia.

Currently, Kee Yew focuses on giving talks and systematic courses to educate public on the proper concept of healthful vegetarianism and nutrition, as well as simple vegetarian cooking demo to entice people into taking more vegetables and less meat.